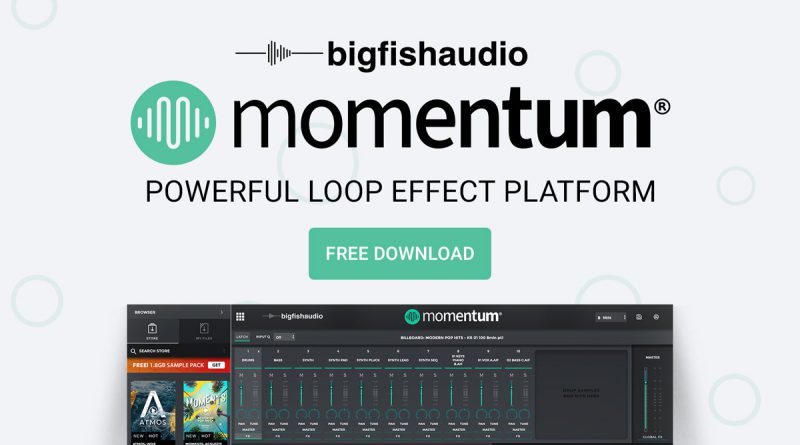 Big Fish Audio is proud to release the latest update to our Momentum loop transformation platform. This brand new version 1.2 includes numerous new features as well as bug fixes. We’ve made the GUI resizable, the waveform zoomable, and the rest more intuitive and powerful than before! Below you’ll find a full list of the new improvements as well as the litany of bug fixes. For long-time users, this is good news for increased stability and usability, and a perfect time for new users to jump in because Momentum is still FREE!

Resizable GUI
“ORIGINAL” now appears in front of the key and BPM fields for a sample on the slice page, indicating that these fields are for a sample’s original information
Slice Effect “Overlay”: While editing a particular slice effect parameter on the waveform, the levels of the other parameters can be viewed
In the lower area of the waveform, there is now a bar / beat grid
Mouse Waveform Zoom Functions (horizontal zoom, horizontal scroll, vertical zoom)
New options for slice editing including snap slices to grid, snap start/end to grid, reset slices, and clear slices
Latch Mode is now available on the slice page
Input Q is now available on the slice page
Values now display next to the mouse pointer when slice effect levels are adjusted on the waveform
Adjusting the key via the kit key section of the keyboard now makes immediate changes to audio playback
Tremolo/Pan effect now has a beat related rate when synced
Individual effect parameters can now be reset to default by using Command(control on windows)+click
Compressor “output” parameter is now labeled “makeup gain”
Several groups (channels) can now be soloed at once